Exposure to DDT may increase the likelihood of developing Alzheimer’s disease later in life, a study with researchers at UT Southwestern Medical Center suggests. While previous studies have linked chronic diseases such as cancer and diabetes to DDT, this is the first clinical study to link the U.S.-banned pesticide to Alzheimer’s disease.

The study, published online in JAMA Neurology, found elevated levels of the DDT metabolite, DDE, that were 3.8 times higher in patients diagnosed with Alzheimer’s disease in comparison to control subjects. The studies were conducted in partnership with researchers at Emory University School of Medicine and Rutgers Robert Wood Johnson Medical School.

“We have additional studies underway that will seek to directly link DDT exposure to Alzheimer’s disease,” said co-author Dr. Dwight German, Professor of Psychiatry at UT Southwestern. “If a direct link is made, our hope is to then identify the presence of DDE in blood samples from people at an early age and administer treatments to remove it.

Researchers made the link between DDE and Alzheimer’s by measuring three components – blood serum levels, severity of the patient’s Alzheimer’s disease as measured by the Mini-Mental State Examination (MMSE) and its relation to serum DDE levels, and the reaction of isolated nerve cells to DDE. Treatment of human nerve cells with DDE caused them to increase the production of the amyloid precursor protein that is directly linked to Alzheimer’s disease.

Participants in the study underwent preliminary testing to ensure that they didn’t have symptoms of other dementia-related diseases, and were an average age of 74, while the control subjects were on average 70 years old. These findings may help lead to the development of early biomarkers that can determine whether a person will develop Alzheimer’s disease later in life due to DDT exposure.

Alzheimer’s disease is the most common neurodegenerative disease worldwide and is expected to increase three-fold over the next 40 years, according to the researchers.

DDT (dichloro-diphenyl-trichloroethane) was used extensively as an insecticide in the 1940s, but has been banned in the United States since 1972 after scientists linked the compound to wildlife health and environmental concerns. DDT is still used in other countries to combat the spread of malaria.

About UT Southwestern Medical Center
UT Southwestern, one of the premier academic medical centers in the nation, integrates pioneering biomedical research with exceptional clinical care and education. The institution’s faculty includes many distinguished members, including five who have been awarded Nobel Prizes since 1985. Numbering more than 2,700, the faculty is responsible for groundbreaking medical advances and is committed to translating science-driven research quickly to new clinical treatments. UT Southwestern physicians provide medical care in 40 specialties to nearly 91,000 hospitalized patients and oversee more than 2 million outpatient visits a year. 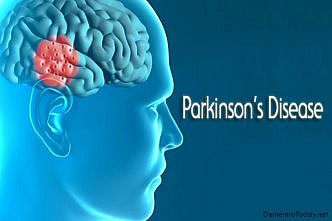