Participation in activities that promote mental activity, and moderate physical activity in middle age, may help protect against the development of Alzheimer’s disease and dementia in later life, according to new research reported today at the Alzheimer’s Association International Conference® 2014 (AAIC® 2014) in Copenhagen.

Research reported at AAIC 2014 also showed that sleep problems – especially when combined with post-traumatic stress disorder (PTSD) – may increase dementia risk in veterans. Additionally, in a population of people age 90 and older, high blood pressure was seen to help protect against cognitive decline. This is counter intuitive as heart health risk factors, including hypertension, are generally considered to elevate risk of Alzheimer’s and other dementias.

“Determining more specifically the factors that raise and lower risk of Alzheimer’s disease and other dementias is an essential component in our battle against the Alzheimer’s epidemic,” said Heather Snyder, Ph.D., Alzheimer’s Association director of Medical and Scientific Operations. “We are now getting a more clear idea of the opportunities for risk reduction through behavior changes and other health factors. We’re learning that Alzheimer’s risk and protective factors may change over the course of our lives.”

“These studies from AAIC 2014 underscore the need to fund larger, longer-term studies in different and diverse populations to enable us to develop helpful ‘prescriptions’ for lifestyle change – for example, which foods to eat and avoid, how much physical activity and what types – and to learn more specifically about how Alzheimer’s and dementia risk factors change as we age,” Snyder added.

With the support of the Alzheimer’s Association and the Alzheimer’s community, the United States created its first National Plan to Address Alzheimer’s Disease in 2012. The plan includes the critical goal, which was adopted by the G8 at the Dementia Summit in 2013, of preventing and effectively treating Alzheimer’s by 2025. It is only through strong implementation and adequate funding of the plan, including an additional $200 million in fiscal year 2015 for Alzheimer’s research, that we’ll meet that goal. For more information and to get involved, visit http://www.alz.org.

Prior studies have suggested that participation in activities that stimulate thought, new ideas, new memories, and that challenge us mentally may encourage brain health as we age and possibly reduce risk of cognitive impairment and dementia. The mechanisms underlying this possible effect are not currently well understood.

These at-risk adults reported their current engagement in cognitively-stimulating activities using the Cognitive Activity Scale (CAS), underwent MRI brain imaging, and completed a comprehensive battery of neurocognitive tests. The CAS consists of 10 items that ask individuals how often they participate in various cognitive activities, such as reading books and going to museums. The scientists focused on CAS-Games, which is a single item on the scale that asks participants how often they play games such as cards, checkers, crosswords or other puzzles.

After controlling for factors known to influence brain volume and cognitive test scores, such as age and gender, the researchers found that a higher self-reported frequency of game playing was significantly associated with greater brain volume in several regions involved in Alzheimer’s disease (such as the hippocampus) and with higher cognitive test scores on memory and executive function.

“Our findings suggest that, for some individuals, engagement in cognitively stimulating activities, especially those involving games such as puzzles and cards, might be a useful approach for preserving brain structures and cognitive functions that are vulnerable to Alzheimer’s disease,” said Schultz. “More detailed studies of specific cognitive activities, including games, would help further our understanding of how an active, healthy lifestyle may help delay the development of Alzheimer’s.”

Of the growing body of research concerning lifestyle and brain health, and also the possibility of reduced risk of Alzheimer’s and other dementias, perhaps the strongest and most consistent evidence exists for regular physical activity.

Yonas E. Geda, M.D. and colleagues at the Mayo Clinic investigated the relationship between timing of exercise (mid-life/50-65 vs. late-life/70 and above) and risk of new cases of dementia in 280 older adults (median age=81) with mild cognitive impairment (MCI) from the Mayo Clinic Study of Aging, and reported on their findings at AAIC 2014.

A person with mild cognitive impairment (MCI) has a slight but noticeable and measurable decline in cognitive abilities, including memory and thinking skills. These changes are serious enough to be noticed by the individuals experiencing them or to other people, but they are not severe enough to interfere with daily life or independent function. People with MCI are at an increased risk of developing Alzheimer’s disease.

Study participants completed a questionnaire on the frequency and intensity of exercise during their lifetime. After following the participants for about three years, the researchers found that a history of moderate physical exercise in middle age was associated with a significantly decreased risk of MCI progressing to dementia. (The association did not hold for either light or vigorous exercise in middle age, or for any level of physical activity in late life.) 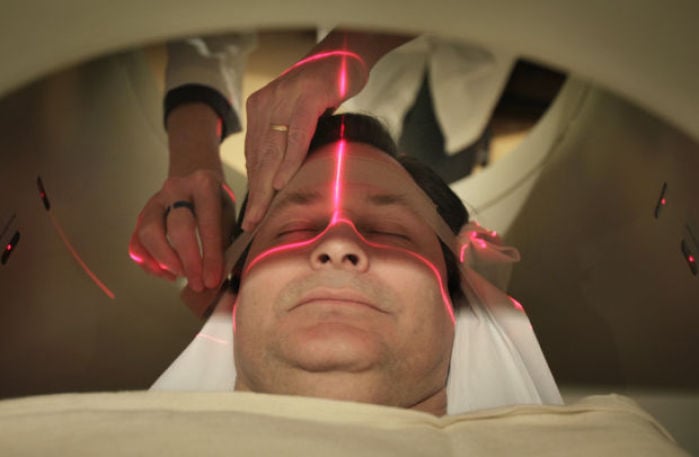 “In our studies, we found that physical exercise at various levels, especially in mid-life, is beneficial for cognitive function,” Geda said. “These are intriguing results, but they are not yet conclusive. More research is needed to determine the extent and nature of physical activity in protecting against MCI and dementia.”

Poor Sleep Is Associated with Higher Dementia Risk In Veterans; PTSD More Than Doubles That Risk

It is known that sleep disturbance is a risk factor for cognitive decline and dementia, but this association has not been carefully investigated in older veterans. At AAIC 2014, Kristine Yaffe, M.D. of the University of California, San Francisco and colleagues reported on the results of a retrospective study of sleep disturbance and dementia among 200,000 veterans age 55 and older, 96.5 percent of whom were male.

The researchers examined eight years of the veterans’ medical records. After controlling for variables such as gender, income, education, and health status, they found that veterans who had a diagnosis of non-specific sleep disturbance, apnea, or insomnia at baseline had a 30 percent increased risk of dementia compared with veterans with no diagnosed sleep problems. They also found that veterans with both PTSD and sleep disturbance had an 80 percent increased risk of dementia.

“This is the first investigation into the link between sleep disturbance and dementia in a large cohort of older, mostly male veterans,” said Yaffe. “Further research is needed to clarify the role of sleep disturbance as either a risk factor for, or an early symptom of, dementia among veterans, and in other populations as well.”

In People 90 and Older, Late Onset Hypertension May Protect Against Dementia

While hypertension during midlife is considered to increase risk for Alzheimer’s and other dementia, there is emerging research evidence suggesting that its role in dementia risk may change over time, and may instead help protect against dementia in people age 90 and over, known as the “oldest old.” Maria Corrada, M.S., Sc.D. of the University of California, Irvine and colleagues investigated the relationship between risk of dementia, age of the onset of hypertension, and blood pressure measurements in the oldest old, and reported the results at AAIC 2014.

“In our study, high blood pressure is not a risk factor for dementia in the oldest old, but just the opposite,” said Corrada. “Developing hypertension at older ages may be beneficial for maintaining intact cognition through mechanisms related to cerebral perfusion or to vascular or other pathologies. It is important to understand these mechanisms, because recommendations for healthy blood pressure in the oldest old may turn out to differ from those in younger people.”

The Alzheimer’s Association International Conference (AAIC) is the world’s largest gathering of leading researchers from around the world focused on Alzheimer’s and other dementias. As a part of the Alzheimer’s Association’s research program, AAIC serves as a catalyst for generating new knowledge about dementia and fostering a vital, collegial research community. Scientists leading the advancement of research gather to report and discuss the most current data on the cause, diagnosis, treatment and prevention of Alzheimer’s disease and related disorders.

About the Alzheimer’s Association

The Alzheimer’s Association is the world’s leading voluntary health organization in Alzheimer care, support and research. Our mission is to eliminate Alzheimer’s disease through the advancement of research; to provide and enhance care and support for all affected; and to reduce the risk of dementia through the promotion of brain health. Our vision is a world without Alzheimer’s.