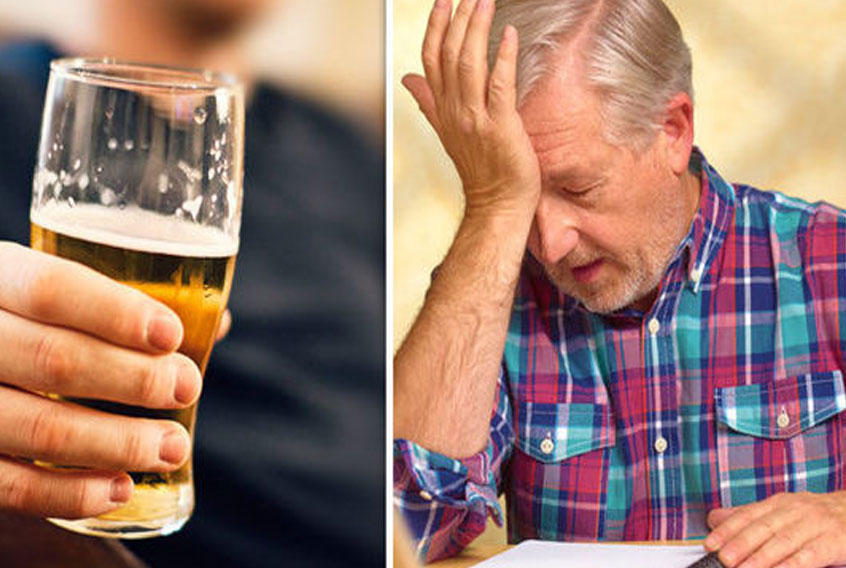 Wernicke-Korsakoff syndrome, if it is not caught and properly diagnosed, will only do one thing; it will get much worse. It can reach a point where the damages that it has caused cannot be reversed, and in some cases, it can be life threatening. However, it does have one very effective treatment; vitamin B1, also known as thiamine. But there is some misconception about this syndrome in that it is always the result of long term alcohol abuse that depletes this vitamin in your body. Although this is the most common cause, it is by no means the only cause.

Wernicke-Korsakoff syndrome is a brain disorder that can very easily develop into long term brain damage if it not caught in the early stages and treated. It is the result of a lack of vitamin B1, Thiamin, which is most commonly caused by long term alcohol abuse that depletes your body of this critical nutrient. It is also sometimes referred to by other names such as Alcohol encephalopathy, Wernicke’s disease, as well as Korsakoff psychosis. In the advanced stages of this syndrome, the damages that are caused include total loss of memory as well as logic and thinking skills.

This syndrome is quite often diagnosed as two separate conditions; Korsakoff syndrome as well as Wernicke’s encephalopathy. However, in most all cases, they are considered to be the same disease, but they are in different stages. Vitamin B1 is critical in your body as it preforms several different functions that include your nervous system as well as muscle functions, but with this syndrome, it is the nervous system that is the hardest hit. Your body stores very little of this vitamin, and because of this, a depletion can occur as quickly as 14 to 21 days.

Wernicke-Korsakoff syndrome will occur in different stages, and the first stage is referred to as Wernicke’s encephalopathy. In this stage, bleeding will occur in areas of your brain that are particularly vulnerable to low thiamine levels, and these areas include your midbrain, the mammillary bodies, as well as the thalamus. The mammillary bodies are a pair of very small round bodies that are located just on the undersurface of your brain, and the thalamus is a paired structure within the brain. It is located between your cerebral cortex and your midbrain.

This bleeding can and often does lead to several issues including confusion, very strange eye movements, as well as a loss of balance. However, the next stage, which is Korsakoff syndrome, can be prevented if the symptoms are caught very early, diagnosed, and treated. It this is done, it can in most all cases stop the progression of this potentially life threatening disease. But if the thiamine deficiency is allowed to continue unchecked, it advances into the next stage.

This stage is extremely dangerous as your brain will not be able to input any new memories and it is highly unlikely that the damage that is done can be revered.

How to Prevent Korsakoff’s Syndrome

To reduce your risk of developing Korsakoff’s syndrome:

Proper diet is key. Foods that are rich in thiamine include: lentils, peas, fortified breakfast cereal, pecans, spinach, oranges, milk, and eggs.
Do not drink alcohol or only drink in moderation.
If you have a drinking problem, talk to your doctor right way about treatment options.

Although long term alcohol abuse is the most common cause of this syndrome, there are also several other potential causes of a thiamine deficiency. The first of these is AIDS as well as most any form of cancer that has spread to several areas of your body. If you are pregnant and experience extreme episodes of nausea or vomiting, it can also rapidly deplete this nutrient in your body simply because it stores so little of it. Long period of intravenous feeding, dialysis, as well as very high thyroid hormone levels can also deplete the levels of this critical nutrient in your body.

Wernicke-Korsakoff syndrome has several very distinct symptoms that you can watch for. The first of these is a sudden inability to form any type of a new memory, and this may not be something you will notice, but anyone that is familiar with you can pick up on this very quickly. You may also experience a memory loss which is not that uncommon, but this will be much different in that this loss will be so severe that you may not be able to remember anything at all. Ataxia, or muscle loss is also very common, as is a sudden and uncoordinated walking.

But the symptoms do not end there, as there is another very telling sign; confabulation. This is also something that you may not pick up on, but making up stories that make no sense at all are signs that those around you can identify very quickly. You may also start to hallucinate as the bleeding in your brain intensifies, and you will begin to see and hear things that simply do not exist. Vision changes are also quite common, and will include double vision, eyelid dropping, as well as very strange eye movements.

In some cases, there have been reports that these eye movements will appear as if you have suddenly become possessed by something, as they will be that strange.

These factors increase your chance of developing Korsakoff’s syndrome:

In fully understanding Wernicke-Korsakoff syndrome, it is very helpful to know exactly what thiamine does for your body.

Thiamine is a water soluble vitamin from the B class of vitamins, and is also referred to as vitamin B1 and was the first organic compound to actually be identified as a vitamin. Because it is water soluble, it is not stored in your body and can be depleted very rapidly. It is involved in several functions in your body and is extremely important to your nervous system as well as your muscle functions, as it helps the flow of electrolytes.

Intravenous or intramuscular thiamine supple mentation is recommended to prevent progression from Wernicke’s encephalopathy to Korsakoff syndrome (Cook & Thomson, 1997). This requires a low threshold for making a presumptive diag nosis in doctors working in accident and emergency, general medical and surgical wards, or any wards where patients are likely to be admitted in a confused state. Patients with head injury, hypothermia, reduced conscious level or toxic confusional state should have Wernicke’s encephalopathy considered in their differential diagnosis and be given intravenous or intra muscular thiamine.

The Korsakoff component of the WernickeKorsakoff syndrome associated with alcohol dependence, once established, is thought to be poorly responsive to thiamine replacement treat ment, but it is still important to treat the condition aggressively at initial presentation with parenteral vitamins, given the very low incidence of complic ations of this intervention. Obviously, removal from the drinking environment is also essential, as is adequate treatment of the alcohol-withdrawal syndrome.

Electrolytes move in and out of both your nerves as well as your muscle cells through what is referred to as ion channels, and without a proper supply of this nutrient, this process is either limited, or in some cases, can stop altogether. It is also critical in several enzyme processes as well as carbohydrate metabolism. A deficiency of this nutrient not only affects your nervous system; it also affects your brain, heart, as well as your gastrointestinal system.

Brooks & Baddeley (1976) demonstrated that Korsakoff patients are capable of new learning, particularly if information is cued and of certain types. Patients can therefore learn new skills. They showed that even densely amnestic patients can benefit from cueing but have a limited capability of forming new procedural memories, that is, they can demonstrate the acquisition of new verbal and non verbal skills but do not have the declarative memory capabilities to code the learning of these skills as episodes. Thus, a skill is learned without awareness of the circumstances under which the learning took place, or in fact that it did take place. This has implications for teaching easily measured and significant information to patients, as well as for guiding the utilisation of memory prostheses, in order to maximise patient autonomy.

There is some evidence from single uncontrolled case reports that the use of visual imagery or verbal mediation is superior to rote learning in the acquisition of verbal information. It also appears that the visual mode is superior to the verbal mode, but that there are difficulties in getting the patient to generalise information learned. There is also evidence for certain styles of learning being superior.

A study of 16 patients with memory disorder and 16 controls (Baddeley & Wilson, 1994)showed that ‘errorless’ was superior to ‘errorful’ learning. The patients were able to recall more information over a longer period when they were not allowed to guess.

An example of this would be a Korsakoff patient who was lost in a ward and asked someone where his room is. In the errorful way of learning the patient would be asked to guess where his room was and would undoubtedly make a mistake. The errorless learning response would have been “I will show you your room. This is your room”. By eliminating guessing, the patient avoids making early learning errors which would then be repeated in a perseverative fashion. This has obvious implications for the style of nursing or style of caring by relatives of patients with amnestic disorders. Specific memory rehabilit ation and use of prosthetic memories is best promoted in a well-structured environment which reduces stress on memory and promotes new learning.

In the case of Wernicke-Korsakoff syndrome, its ability to make energy for your body also has ramifications on your brain. If the supply of this nutrient is drastically reduced, it impedes the ability of your brain to use glucose. If this is reduced, your mental functions become impaired. However, it is extremely important to understand that if you develop this syndrome, it is well past the supplement taking stage.

Supplements and the proper diet can help to prevent this syndrome, but they will have very little impact if you only start utilizing them once you have developed this syndrome.

If Wernicke-Korsakoff syndrome has resulted in delirium, lack of muscle coordination, as well as strange eye movements, thiamine will have to be injected into a vein or a muscle in most cases. Stopping the alcohol abuse, eating a balanced diet, and supplementing with a liquid multi vitamin may reverse all of the damages, but only if it is caught in the early stages. 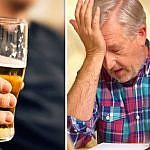