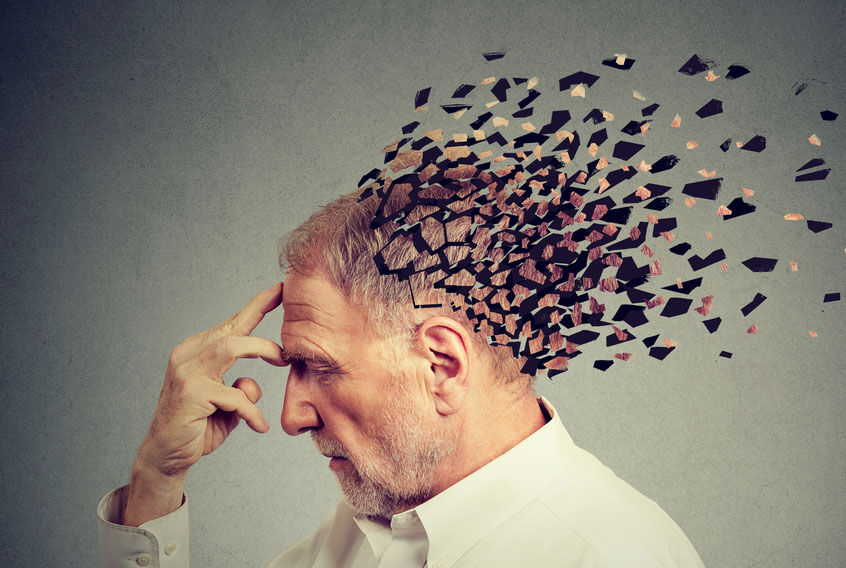 Wernicke-Korsakoff syndrome is a serious brain disorder that can develop in people who drink alcohol excessively over time. Symptoms include blurred vision, rapid movement of the eyes, and difficulty walking.

Wernicke syndrome is caused by thiamine (vitamin B1) deficiency. Symptoms such as blurred vision may go away if a person stops drinking and takes thiamine supplements.
Korsakoff syndrome is caused by changes in the brain that result from long-term alcohol use. Symptoms include confusion and memory loss, especially of recent events, which often lead the person to make up events (confabulation) to fill the memory gaps. The effects of Korsakoff syndrome may be permanent.

Causes and symptoms
One of the main reasons that alcoholism leads to thiamine deficiency has to do with the high-calorie nature of alcohol. A person with a large alcohol intake often, in essence, substitutes alcohol for other, more nutritive calorie sources. Food intake drops off considerably, and multiple vitamin deficiencies develop. Furthermore, it is believed that alcohol increases the body’s requirements for B vitamins, at the same time interfering with the absorption of thiamine from the intestine and impairing the body’s ability to store and use thiamine. Direct neurotoxic (poisonous damage to the nerves) effects of alcohol may also play some role.

Thiamine is involved in a variety of reactions which provide energy to the neurons (nerve cells) of the brain. When thiamine is unavailable, these reactions cannot be carried out, and the important end-products of the reactions are not produced. Furthermore, certain other substances begin to accumulate, and are thought to cause damage to the vulnerable neurons. The area of the brain believed to be responsible for the symptoms of Korsakoff’s syndrome is called the diencephalon, specifically the structures called the mamillary bodies and the thalamus.

An individual with Korsakoff’s syndrome displays much difficulty with memory. The main area of memory affected is the ability to learn new information. Usually, intelligence and memory for past events is relatively unaffected, so that an individual may remember what occurred 20 years previously, but is unable to remember what occurred 20 minutes ago. This memory defect is referred to as anterograde amnesia, and leads to a peculiar symptom called “confabulation,” in which a person suffering from Korsakoff’s fills in the gaps in his or her memory with fabricated or imagined information. For instance, a person may insist that a doctor to whom he or she has just been introduced is actually an old high school classmate, and may have a lengthy story to back this up. When asked, as part of a memory test, to remember the name of three objects which the examiner listed ten minutes earlier, a person with Korsakoff’s may list three entirely different objects and be completely convincing in his or her certainty. In fact, one of the hallmarks of Korsakoff’s is the person’s complete unawareness of the memory defect, and complete lack of worry or concern when it is pointed out.

Additional symptoms of Wernicke-Korsakoff syndrome may include:

Evaluation of Wernicke-Korsakoff syndrome begins with a history and physical examination.

Physical findings in someone that has Wernicke-Korsakoff syndrome with:

Tests are necessary to make the diagnosis of Wernicke-Korsakoff syndrome.

Tests that may be used to evaluate Wernicke-Korsakoff syndrome include:

However, treatment for Wernicke’s encephalopathy is an emergency, which includes the timely administration of thiamine (Vitamin B1). Thiamine should be given before other forms of therapy, such as intravenous fluids and glucose. Magnesium and potassium supplements may be required in those who have low blood levels.

Treatment for Wernicke-Korsakoff syndrome includes:
Avoid alcohol.
Counseling for alcoholism
Healthy diet:
Most of these individuals are malnourished
Vitamin B supplement:
Vitamin B1 (thiamine)
Potassium supplements
Magnesium supplements
Antipsychotic agents may be helpful in some cases

Treatment may improve the confusion, delirium, difficult walking and abnormal eye movements. However, the loss of intellectual ability and memory problems do not improve. Close observation for alcohol withdrawal symptoms will be important

Additional treatment for Wernicke-Korsakoff syndrome may include:
Vitamin B2 (riboflavin)
Vitamin B3 (niacin)
Vitamin B5 (pantothenic acid)
Vitamin B6 (pyridoxine)
Vitamin B12 (cobalamin) 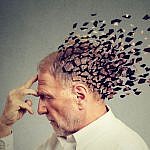