A Blood Test for Mental Illness in Women?

In fact, it is possible that overexpression of the X-inactive specific transcript (XIST) gene and the X-linked “escapee” gene KDM5C “may potentially be used as a prodromal biomarker, since X chromosome inactivation [XCI] occurs during embryogenesis,” study investigator Xianjin Zhou, PhD, Department of Psychiatry, University of California, San Diego, told Medscape Medical News.

The study was published online June 16 in EBioMedicine.

The human postmortem brain studies “supported overexpression of the XIST gene in women with psychiatric disorders,” they report.

“Reversing abnormal function of the inactive X chromosome may therefore be a potentially new strategy to cure the diseases,” said Dr Zhou.

The researchers also note that it may be feasible to measure XIST and KDM5C expression in girls at childhood or during early adolescence to gauge their risk of developing major psychiatric disorders in young adulthood.

“However, psychiatric disorders are genetically heterogeneous, not all women patients will have abnormal activity of the inactive X chromosome,” Dr Zhou cautioned.

“We have to realize,” he added, “that our studies were conducted in a small number of patients (60 female patients). We have to expand our studies to include several hundreds of patients with a variety of psychiatric disorders to estimate the prevalence and the risk ratio of abnormal activity of XCI in the general population of female patients. We are submitting our research proposals to continue the studies.”

“Psychosis genetics has ploughed an unyielding furrow,” Timothy J. Crow, PhD, of the University Department of Psychiatry, Warneford Hospital, Oxford, United Kingdom, notes in a commentary published with the study.

“The time for predictions that with sufficient markers the three prototypical conditions (schizophrenia, bipolar or manic-depressive disorder and unipolar depression) will each be found associated with specific chromosomal loci is long past,” Dr Crow notes.

This new study “draws attention to XIST as the initiator of the inactivation process and to the KDM5C gene, as normally escaping its influence,” he points out.

“Two other members of this select class of 36 XY homologous nonrecombining gene pairs are already held to be relevant to psychiatric disorders. The NLGN4 gene has been associated with autism, and the Protocadherin11XY gene-pair that lies within the Xq21.3/Yp11.2 region of homology created by a duplication from Xq to Yp at 6MYA 10 is proposed as a candidate in relation to psychosis. It may be that others of the genes in the XY nonrecombining regions of homology are relevant. If so [this new study] will prove to have opened up a new field of investigation in psychosis genetics,” Dr Crow concludes. 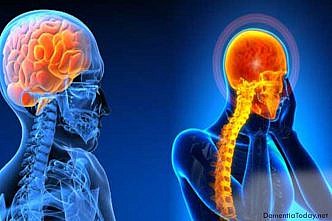 A Blood Test for Mental Illness in Women?