Scientists at the Wellcome Trust and Cancer Research UK Gurdon Institute in Cambridge New have made new progresses in the understanding of Alzheimer’s disease (AD). The study, published this in Science Translational Medicine, highlights the connection between Alzheimer’s disease and Down’ s syndrome.

The scientists used human induced pluripotent cell donated by volunteers with Down’s syndrome (trisomy 21). The link between Down syndrome and AD relies on the fact that people with Down syndrome have an extra gene copy that encodes the amyloid precursor protein (APP) and develop early onset of AD. Furthermore, researchers found that cortical neurons generated from stem cells patients with Down’ syndrome develop AD over months in culture, rather than years in vivo.

Alzheimer’ disease is the common form of dementia that leads to profound impairment of cognition and behavior. It is a gradual process, but incurable. The major symptoms are loss of long-term memory, confusion, irritability, language problems, disorientation.

There are many hypotheses regarding the cause of the disease and of them is the amyloid hypothesis. Due to a genetic mutation, there is an overproduction in the brain of a small protein called amyloid beta, which derives from a precursor, called APP (amyloid precursor protein). Normally, these protein fragments are broken down and eliminated, but in AD these fragments accumulate and form insoluble plaques. The presence of amyloid plaques, one of the hallmarks in AD, are thought to participate to the degradation of nerve cells in the brain and to subsequent symptoms of AD. Another characteristic feature of AD is the tau protein, or neurofibrillary tangles. Neurofibrillary tangles are insoluble twisted fibers which formed microtubules. These microtubules enable the transport of nutrients and substances from one part of the nerve cell to another. In AD the protein tau is abnormal and the microtubule structures breakdown.

Dr. Rick Livesey, who led the study, stresses the fact that,up until now, it was difficult to monitor the disease over time. Using human model cells is not only time-saving, but also it helps the scientists control the disease properly. He also underlined that the cell stem technique offers a closer model of how human brain is functioning and reveals major aspects of AD.

This is a new step forward to identifying and creating new therapeutic strategies in Alzheimer’s disease. The discovery not only help us understand how the AD evolves, but also help us study new treatment for the disease. 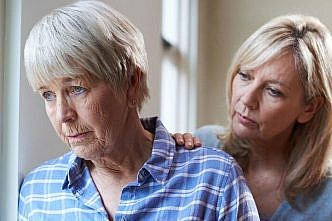