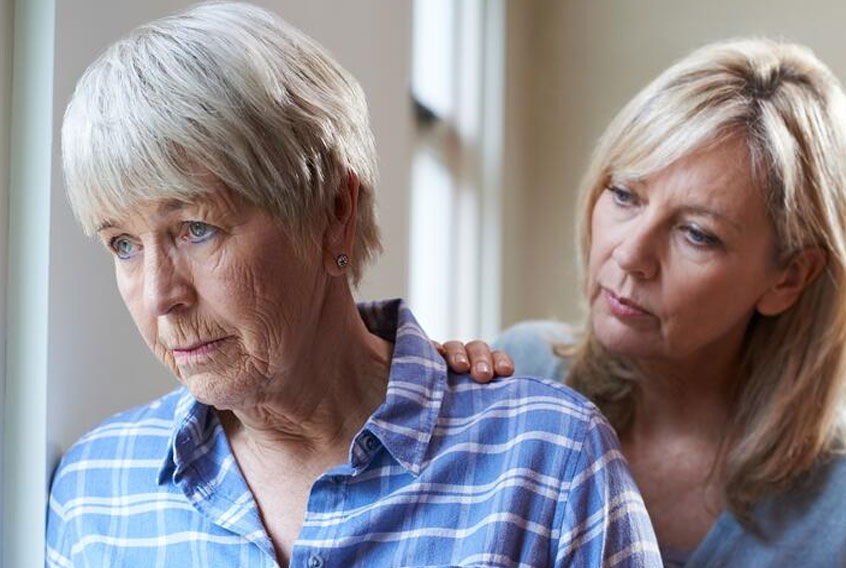 In 1887, Korsakoff wrote the first of a series of papers describing a neurologic syndrome characterized by chronic changes in mental status and memory that often accompanied polyneuropathy. He noted the characteristic problems in new learning (anterograde amnesia) as well as the deficits in remembering past events (retrograde amnesia), and emphasized that these occurred in the context of clear attention and consciousness. He also commented on the fact that patients tended to confabulate, sometimes making up stories or events entirely, but more frequently confusing the temporal context of actually experienced events. A majority of patients who developed this syndrome had a history of chronic alcohol abuse, but Korsakoff also described the syndrome following other disorders such as prolonged vomiting, typhoid fever, and intestinal obstruction. He suggested that the common factor in these disorders might be the presence of a substance toxic to the nervous system.

Six years earlier in 1881, Carl Wernicke had described a neurologic syndrome of acute onset characterized by ataxia, ophthalmoplegia, nystagmus, polyneuropathy in the arms and legs, and a global confusional state. Although Korsakoff did not make reference to Wernicke’s work, he mentioned the presence of several of the same symptoms in his patients. Not until several years later was it realized that the symptoms described by Wernicke and Korsakoff often occur sequentially in the same patients (Gudden 1896). For this reason, the syndrome is also referred to as Wernicke Korsakoff syndrome. Occasionally, the term Korsakoff psychosis is used. In cases of alcoholic origin, the Diagnostic and Statistical Manual of Mental Disorder (DSM-IV) classification is alcohol-induced persisting amnestic disorder (American Psychiatric Association 1994).

Clinical manifestations
The principal manifestation of Korsakoff disease is a disproportionate impairment in memory in comparison to other cognitive functions. Most prominent is anterograde amnesia for both verbal and nonverbal information. Even in the face of multiple repetitions, patients are unable to learn new names, faces, or facts, and they forget events that happened shortly before. These deficits are not due to an inability to attend to incoming information, as patients can repeat information in the absence of any delay. However, as soon as any distracting activity is interposed, the information is forgotten. This sensitivity to interference is the principal characteristic of the memory impairment and is thought to be due to a combination of 2 factors: (1) a failure to fully encode all the aspects of incoming information, and (2) a failure of retrieval, stemming from an inability to inhibit competition from irrelevant information (Verfaellie and Cermak 1996). When comparing Korsakoff patients with non-Korsakoff alcoholics, it has been observed that Korsakoff patients present impairments of the different components of working and episodic memory; episodic memory is more significantly impaired in Korsakoff patients than in non-Korsakoff alcoholics. Furthermore, in Korsakoff syndrome a disproportionately large encoding deficit is observed (Pitel et al 2008; 2009). Executive function impairments can also be observed.

Retrograde amnesia is also a typical feature of the disorder, commonly extending back 25 years or more. Memory for autobiographical information as well as knowledge of public events and facts are affected. Regardless of the nature of the information, memories from childhood and early adulthood are remembered better than memories from the recent past. This temporal gradient is markedly steeper than that seen in dementing disorders such as Alzheimer disease (Kopelman 1989; Fama et al 2004). Retrograde and anterograde amnesia co-occur in Korsakoff disease, but the severity of these impairments is poorly correlated, suggesting that they reflect distinct underlying deficits.

Confabulations may also occur, although primarily in the acute (Wernicke) stage of the disorder. Two types of confabulation can be distinguished: provoked or spontaneous (Lorente-Rovira et al 2011). The former is more frequently observed in Korsakoff syndrome. Spontaneous confabulation involves an unprovoked outpouring of unrealistic episodic autobiographical claims (Borsutzky et al 2008; Glowinski et al 2008). These may represent a tendency for patients to fill in gaps in memory when faced with questions they cannot answer. More rarely, patients will spontaneously tell bizarre, unrealistic stories. But in general, patients confabulate in response to questions about experiential (episodic) memory and questions to which the answer is unknown (Van Damme and d’Ydewalle 2010). The presence and persistence of confabulation does not depend on the severity of the memory disorder, suggesting again that different mechanisms are involved. Furthermore, confabulation is not specific to Korsakoff syndrome, but is seen in a variety of patients with lesions in the frontal lobes, basal forebrain, or both. It is thought to be caused by disruption in 1 or more cognitive processes needed for effective reality monitoring, such as temporal discrimination, source monitoring, and self-initiated memory retrieval (Johnson et al 1997). Impaired performance in temporal order memory (Downes et al 2002), source memory (Kessels et al 2008), and working memory tasks (van Asselen et al 2005) is also observed.

It is usually accepted that declarative memory (factual knowledge) is significantly impaired, whereas procedural memory (motor learning) is preserved (Victor et al 1989). It has been found, however, that Korsakoff patients normally learn a motor task only when directive feedback is provided, whereas no learning occurs at all in the absence of this information (Swinnen et al 2005). Directive feedback information seems in consequence crucial for normal procedural learning in patients with Korsakoff syndrome. Using the distinction between involuntary unconscious (or implicit) memory and involuntary conscious (or explicit) memory, it has been reported that Korsakoff patients exhibit defects only in involuntary conscious memory (d’Ydewalle and Van Damme 2007). By the same token, visuoperceptual learning (eg, recognition of incomplete pictures) may be preserved in Korsakoff syndrome (Fama et al 2006). Noteworthy, when providing extra explanations to the patient, encouraging to answer, and allowing additional processing and responding time, some improvement in memory test performance is observed (Van Damme and d’Ydewalle 2008).

Although disproportionate deficits in memory are the defining feature of the disorder, variability in the level of general intellectual functioning is observed. Many patients perform in the average range on standard IQ tests, but others demonstrate more widespread cognitive deficits (Jacobson et al 1990a).

The extra-memorial deficits most commonly noted in Korsakoff patients are deficits in planning, decision making, and problem solving and deficits linked to impaired frontal executive control (Brand et al 2005). Patients perform poorly on clinical tests of frontal function such as the Wisconsin Card Sorting test, verbal fluency, and Trails B (Squire 1982; Jacobson et al 1990). Because the frontal lobes play an important role in the planning and initiation of systematic memory search, frontal deficits may contribute to the inability to retrieve premorbidly acquired information. Visuospatial and visual-perceptual deficits are also observed on a variety of concept formation tests that require discrimination and classification of complex visual stimuli (Kopelman 1995). Comparing Korsakoff and non-Korsakoff alcoholics, it has been found that Korsakoff patients are impaired on tests of memory, fluency, cognitive flexibility, and perseveration. Non-Korsakoff alcoholics may show some frontal system deficits as well, but these are milder (Oscar-Berman et al 2004). Brokate and colleagues investigated a sample of 17 Korsakoff amnesics, 23 alcoholics without Korsakoff syndrome, and 21 controls with peripheral nerve diseases, matched for intelligence and education (Brokate et al 2003). Korsakoff amnesics, but not alcoholics, showed marked memory impairment. They also scored lower in each of the executive tasks, the alcoholics only in the alternate response task. This task also correlated with the years of the alcohol dependency. The authors conclude that Korsakoff syndrome is associated not only with memory impairment but also with a global executive deficit. The decline in the ability to alternate between different responses would argue for a restricted neurotoxic effect of alcohol on some frontal lobe areas.

Changes in personality are also typical of Korsakoff syndrome. Patients lack insight, are apathetic about ongoing events, and are unconcerned about personal appearance. A lack of interest in alcohol is also striking.

Causes and symptoms
One of the main reasons that alcoholism leads to thiamine deficiency has to do with the high-calorie nature of alcohol. A person with a large alcohol intake often, in essence, substitutes alcohol for other, more nutritive calorie sources. Food intake drops off considerably, and multiple vitamin deficiencies develop. Furthermore, it is believed that alcohol increases the body’s requirements for B vitamins, at the same time interfering with the absorption of thiamine from the intestine and impairing the body’s ability to store and use thiamine. Direct neurotoxic (poisonous damage to the nerves) effects of alcohol may also play some role.

Thiamine is involved in a variety of reactions which provide energy to the neurons (nerve cells) of the brain. When thiamine is unavailable, these reactions cannot be carried out, and the important end-products of the reactions are not produced. Furthermore, certain other substances begin to accumulate, and are thought to cause damage to the vulnerable neurons. The area of the brain believed to be responsible for the symptoms of Korsakoff’s syndrome is called the diencephalon, specifically the structures called the mamillary bodies and the thalamus.

An individual with Korsakoff’s syndrome displays much difficulty with memory. The main area of memory affected is the ability to learn new information. Usually, intelligence and memory for past events is relatively unaffected, so that an individual may remember what occurred 20 years previously, but is unable to remember what occurred 20 minutes ago. This memory defect is referred to as anterograde amnesia, and leads to a peculiar symptom called “confabulation,” in which a person suffering from Korsakoff’s fills in the gaps in his or her memory with fabricated or imagined information. For instance, a person may insist that a doctor to whom he or she has just been introduced is actually an old high school classmate, and may have a lengthy story to back this up. When asked, as part of a memory test, to remember the name of three objects which the examiner listed ten minutes earlier, a person with Korsakoff’s may list three entirely different objects and be completely convincing in his or her certainty. In fact, one of the hallmarks of Korsakoff’s is the person’s complete unawareness of the memory defect, and complete lack of worry or concern when it is pointed out.

The initial clinical presentation of Korsakoff disease is variable. Although often marked by the acute signs of Wernicke encephalopathy, the disorder can also have an insidious onset, without clinical evidence of an antecedent Wernicke encephalopathy. Furthermore, a minority of patients who present with the acute signs of the Wernicke stage (less than 25%) do not develop Korsakoff syndrome and are left with only minimal cognitive deficits following recovery (Victor et al 1989). Jauhar and Montaldi studied 8 patients with Korsakoff syndrome, only 4 of whom had had a documented Wernicke episode (Jauhar and Montaldi 2000). All subjects showed amnesia without intellectual deterioration. MRI abnormalities were seen in each group to the same extent (atrophy of mammillary bodies, to a lesser extent thalamic and some generalized gyral atrophy). No MRI measure differentiated the groups. Cerebral blood flow showed reduction of flow to the anterior temporal regions bilaterally, extending to the parietal lobes, to the same degree in each group. The authors concluded that patients with an insidious onset of Korsakoff syndrome have the same pathology as those with classical Wernicke-Korsakoff disease. 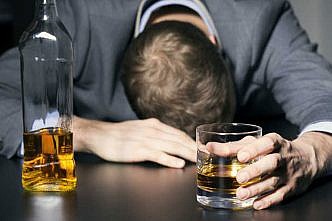 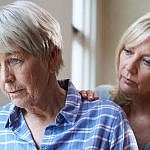