Alzheimer’s drugs may have adverse side effects

Alzheimer’s disease drugs now being tested in clinical trials may have potentially adverse side effects, according to new Northwestern Medicine research. A study with mice suggests the drugs could act like a bad electrician, causing neurons to be miswired and interfering with their ability to send messages to the brain.

The findings, from the scientist whose original research led to the drug development, are published in the journal Molecular Neurodegeneration and will be presented Saturday, Feb. 18, at the 2012 annual meeting for the American Association for the Advancement of Science in Vancouver.

“Let’s proceed with caution,” said Robert Vassar, professor of cell and molecular biology at Northwestern University Feinberg School of Medicine. “We have to keep our eyes open for potential side effects of these drugs.” Ironically, he says, the drugs could impair memory.

The drugs are designed to inhibit BACE1, the enzyme Vassar originally discovered that promotes the development of the clumps of plaque that are a hallmark of Alzheimer’s. BACE1 acts as a molecular scissors, cutting up and releasing proteins that form the plaques. Thus, drug developers believed blocking the enzyme might slow the disease.

But in Vassar’s new study, he found BACE1 also has a critical role as the brain’s electrician. In that role, the enzyme maps out the location of axons, the wires that connect neurons to the brain and the rest of the nervous system. This mapping is called axonal guidance.

Working with mice from which BACE1 was genetically removed, Vassar discovered the animals’ olfactory system –  used for the sense of smell –  was incorrectly wired. The axons of the olfactory neurons were not wired properly to the olfactory bulb of the brain. The findings show the key role of BACE1 in axonal guidance.

“It’s like a badly wired house,” Vassar said. “If the electrician doesn’t get the wiring pattern correct, your lights won’t turn on and the outlets won’t work.”

The olfactory system is a good model for axonal guidance or wiring. If the axons aren’t being properly connected in the olfactory system, Vassar said, the problem likely exists elsewhere in the brain and nervous system. The hippocampus could be particularly vulnerable to BACE1 blockers, he noted, because its population of neurons is continually being reborn, which may play a role in forming new memories. The neurons need to grow new axons that in turn must connect them with new targets. Axonal guidance is a continuous need.

“It’s not all bad news,” Vassar noted. “These BACE1 blockers might be useful at a specific dose that will reduce the amyloid plaques but not high enough to interfere with the wiring. Understanding the normal function of BACE1 may help us avoid potential drug side effects.”

Marla Paul
.(JavaScript must be enabled to view this email address)
312-503-8928
Northwestern University 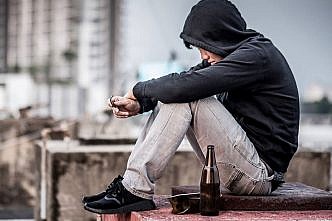 Alzheimer’s drugs may have adverse side effects