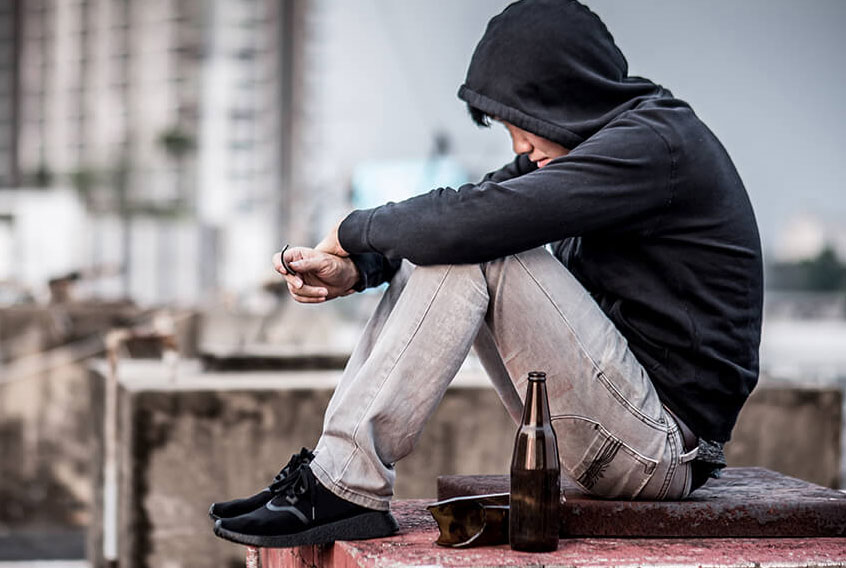 Those commonly affected of the condition are the middle-aged men to late adult men, ranging from 45 to 65 year of age. Those who misuse alcohol are believed to be affected. This is because of their long exposure to alcohol abuse that makes them prone to such syndrome. But those who have an unhealthy diet may also acquire the condition. In the United States, the condition is believed to cause about 1 to 3% of the total population. This would indicate that the homeless and the alcoholics are affected of such condition. Internationally, the condition would take about 2.8% max population in the world.

The symptoms of Korsakoff syndrome is influenced by the lack of thiamin in the body, that causes cerebral atrophy. The condition is characterized by three classical manifestations:

Eye involvement
The patient may experience involuntary year movements such as jerking and even paralysis.

Coordination is affected
The patient may have difficulty maintaining balance and even the ability to walk may be affected.

Mental difficulties
The patient shall be confused and would feel drowsy all the time.

In general, a patient suffering from Korsakoff syndrome shall experience the following symptoms:

Sergei Korsakoff (1854 – 1900), a Russian neuropsychiatrist, published in 1887 the first of several papers on a special form of psychic disorder which occurs in conjunction with peripheral neuritis. He mentioned as characteristic such symptoms as irritable weakness, rapid fatiguing, sleeplessness, memory disturbance, preoccupation with fantasy, and fearfulness. In its modern use the term ‘Korsakoff syndrome’ refers to a group of symptoms — known alternatively as the amnesic syndrome — which includes inattentiveness, memory defect for recent events, retrograde amnesia and other disorders of recall and recognition, and disorientation in time, place, and situation. Confabulation, grandiose ideas, and an inappropriate cheerfulness are prominent symptoms in some cases. The syndrome can occur without peripheral neuritis, for example as a stage in recovery after trauma to the brain. When it is combined with peripheral neuritis, the term ‘Korsakoff psychosis’ tends to be used.

The Korsakoff syndrome develops most often in chronic alcoholics who fail to take an adequate diet. This may cause an acute deficiency of thiamine (vitamin B1), which produces an acute delirious illness known as Wernicke’s encephalopathy. When or if the patient recovers he will probably be left with the typical features of the Korsakoff syndrome.

The syndrome has seized the interest of neurologists and psychologists because it throws light on normal processes of recall and recognition, although many of the questions it raises have yet to be given precise answers. The memory defect is revealed in the difficulty the patient shows in finding his way about, his forgetfulness in simple matters, and especially his failure to retain information. Also, presented with an object he has been shown a few minutes before, he tends to respond to it as not identical or as in some manner changed. A learning disability can readily be demonstrated in such tests as ‘paired associates’ and in the delayed recall of pictures of everyday objects. There is a tendency to persist in giving wrong answers, and to fail to ‘unlearn’. The deficiency in recalling recent events has been attributed to partial or total derangement of the consolidation of sensory impressions as a permanent memory trace, or engram, or, to put it another way, to a failure to transfer information from a short-term to a long-term memory store. Explanation along these lines has to be qualified by the observation that the patient sometimes recalls after a few hours what he has not recalled after a few minutes.

Personality changes
This is possible for he or she may show lack of concern and reaction from a stimulus or stimuli that requires some.

Maladaptive tendencies
The patient may have difficulty in getting new information and learning skills.

Confabulation
He or she may have difficulties in memory. Confabulation is described as filling in some memory gaps with different life events.

Delusion tendencies
This is why the condition is referred as Korsakoff psychosis for it results to some delusional tendencies of the client.

The known cause for Korsakoff syndrome is the lack of vitamin B1 or thiamine. The lack of this content greatly affects the brain and our nervous system. Because of the lack of thiamine, the damage done directly hits the thalamus and hypothalamus of our brain that results to cerebral atrophy. Those at risk of the condition are the alcoholics. This is due to their lack of adequate vitamin B complex and their poor eating habits. Also, the effects of alcoholism are damaging the stomach lining that can deplete the ability of absorbing the essential nutrients we take in.

Those who suffer from severe malnutrition are at grave risk for acquiring such condition. This is common in places where food sources are not sufficient.

Treatment for this condition is basically aimed to decrease its prevalence and to make it known to the public that the condition is very much unwanted. Hospitalization may be necessary in order to cure the condition. The following are the treatment remedies for Korsakoff syndrome:

Diet
The patient is required to have a healthy and balanced diet. This is a must and should be practiced right away in order to avoid further damage. The patient shall also be required to take supplemental vitamins in order to regain what was lost or depleted.

Exercise
As the effects of Korsakoff syndrome includes problems with the coordination or gait, the patient shall require physical activity and exercises.

Prohibitions
The patient shall be required to avoid intake of alcohol. As alcohol makes or generates the disease process, he or she should be abstained from taking them.

Thiamine intake
This is provided to client through vitamins or synthetic materials so that the affected shall obtain his or her previous thiamine levels. In order to avoid further damage, this supplementation is essential in the treatment process.

Medication
This is only considered when a presenting symptoms such as the following is manifested:

Cognitive impairment  –  acetylcholinesterase inhibitors are recommended by the doctor.
IV, IM or oral replacement of thiamine.

Education
The patient should be educated of the disease process. He or she should understand that the condition should not be taken lightly for it can result to life-long effects.

In order to prevent the disease process, a person should limit his intake of alcohol. He or she should avoid drinking alcohol in great amounts. By this, a person can avoid thiamine deficiency. This syndrome can also be avoided when a healthful diet is maintained and that sufficient intake of thiamine-rich foods shall assist in the process.

The Korsakoff syndrome’s prognosis is good when treated immediately. As for improvement, it can be attained as far as the patient is compliant with the treatment provided for them. Within two years, full recovery may be attained. Others may unfortunately acquire the mishaps of lifelong damage. Because of this, long-term care shall be required of them. It is important that the patient’s close ties are there to support him or her in order to attain and assist in the process of recovery. 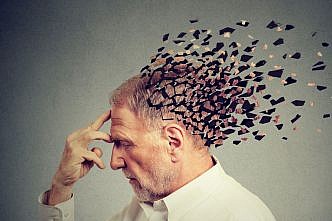 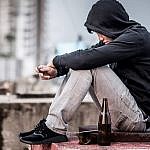