In a long-term, large-scale population-based study of individuals aged 55 years or older in the general population researchers found that those diagnosed with mild cognitive impairment (MCI) had a four-fold increased risk of developing dementia or Alzheimer’s disease (AD) compared to cognitively healthy individuals. Several risk factors including older age, positive APOE-ɛ4 status, low total cholesterol levels, and stroke, as well as specific MRI findings were associated with an increased risk of developing MCI. The results are published in a supplement to the Journal of Alzheimer’s Disease.

“Mild cognitive impairment has been identified as the transitional stage between normal aging and dementia,” comments M. Arfan Ikram, MD, PhD, a neuroepidemiologist at Erasmus MC University Medical Center (Rotterdam). “Identifying persons at a higher risk of dementia could postpone or even prevent dementia by timely targeting modifiable risk factors.”

Unlike a clinical trial, the Rotterdam study is an observational cohort study focusing on the general population, instead of persons referred to a memory clinic. The Rotterdam study began in 1990, when almost 8,000 inhabitants of Rotterdam aged 55 years or older agreed to participate in the study. Ten years later, another 3,000 individuals were added. Participants undergo home interviews and examinations every four years.

“This important prospective study adds to the accumulating evidence that strokes, presumably related to so called ‘vascular’ risk factors, also contribute to the appearance of dementia in Alzheimer’s disease. This leads to the conclusion that starting at midlife people should minimize those risk factors.

The recent results of the Finish FINGER study corroborate this idea. It should be remembered that delaying the onset of dementia by five years will reduce the prevalence of the disease by half. And of course, since there is no cure for AD, prevention is the best approach at present,” explains Professor Emeritus Amos D Korczyn, Tel Aviv University, Ramat Aviv, Israel, and Guest Editor of the Supplement.

To be diagnosed with MCI in the study, individuals were required to meet three criteria: a self-reported awareness of having problems with memory or everyday functioning; deficits detected on a battery of cognitive tests; and no evidence of dementia. They were categorized into those with memory problems (amnestic MCI) and those with normal memory (non-amnestic MCI).

The risk of dementia was especially high for people with amnestic MCI. Similar results were observed regarding the risk for Alzheimer’s disease. Those with MCI also faced a somewhat higher risk of death.

The research team investigated possible determinants of MCI, considering factors such as age, APOE-ɛ status, waist circumference, hypertension, diabetes mellitus, total and HDL-cholesterol levels, smoking, and stroke. Only older age, being an APOE-ɛ4 carrier, low total cholesterol levels, and stroke at baseline were associated with developing MCI. Having the APOE-ɛ4 genotype and smoking were related only to amnestic MCI.

When the investigators analysed MRI studies of the brain, they found that participants with MCI, particularly those with non-amnestic MCI, had larger white matter lesion volumes and worse microstructural integrity of normal-appearing white matter compared to controls. They were also three-times more likely than controls to have lacunes (3 to 15 mm cerebrospinal fluid (CSF)-filled cavities in the basal ganglia or white matter, frequently observed when imaging older people). MCI was not associated with total brain volume, hippocampal volume, or cerebral microbleeds.

“Our results suggest that accumulating vascular damage plays a role in both amnestic and non-amnestic MCI,” says Dr. Ikram. “We propose that timely targeting of modifiable vascular risk factors might contribute to the prevention of MCI and dementia.” 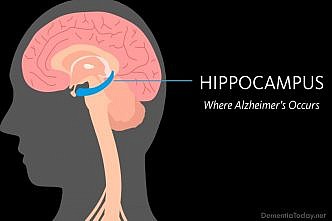