Atlas of older brains could help diagnosis of Alzheimer’s disease

A digital map of the ageing brain could aid the diagnosis of Alzheimer’s disease and other neurodegenerative disorders in older people, a study suggests.

The atlas created using images from MRI scans of older people could aid diagnosis by comparing the patients’ scans with a detailed map of the healthy ageing brain.

Most existing MRI atlases are based on the brains of young and middle-aged people, which don’t reflect the normal changes that take place in the brain as we age, the team says.

Researchers at the University of Edinburgh constructed a detailed atlas of the human brain using MRI scans from more than 130 healthy people aged 60 or over.

The team used their atlas to study brain scans taken of normal older subjects and those who had been diagnosed with Alzheimer’s disease. The atlas was able to pinpoint changes in patients’ brain structure that can be an underlying sign of the condition, researchers say.

A key sign of early Alzheimer’s disease is the loss of brain tissue in a region of the brain, known as the medial temporal lobe. These changes to the structure of the brain are often subtle and can be difficult to spot, but an MRI atlas could make it easier to detect them, researchers say.

The team is continuing to develop MRI atlases of the healthy brain across the lifespan as part of a project – Brain Imaging in Normal Subjects (BRAINS) – which aims to detect brain damage in other diseases such as schizophrenia and preterm birth.

For the atlases to be useful and reliable, the team says brain imaging centres need to continue to collect scans from many healthy older people and work together to make large brain image banks.

The ultimate aim is to use digital brain atlases to support earlier diagnoses of Alzheimer’s and other neurological diseases that develop at different stages of life, the team says.

The study, published in the journal PLOS ONE, was principally supported by the Scottish Funding Council, Scottish Imaging Network, A Platform for Scientific Excellence (SINAPSE), and the Medical Research Council.

Dr David Alexander Dickie, of The University of Edinburgh’s Brain Research Imaging Centre and SINAPSE, who was first author of the study, said: “We’re absolutely delighted with these preliminary results and that our brain MRI atlases may be used to support earlier diagnoses of diseases such as Alzheimer’s. Earlier diagnoses are currently our strongest defence against these devastating diseases and, while our work is preliminary and ongoing, digital brain atlases are likely to be at the core of this defence.” 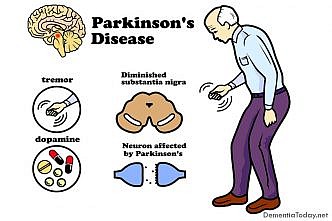 Atlas of older brains could help diagnosis of Alzheimer’s disease