Treatment that increases brain levels of a crucial regulatory enzyme may slow the loss of brain cells that characterize Huntington’s disease (HD) and other neurodegenerative disorders, according to this study. Increased expression of Sirt1, one of a family of enzymes called sirtuins, in the brain of a mouse model of HD protected against neurodegeneration. They also identified a potential mechanism for this protective effect.

“Diseases such as Huntington’s, Parkinson’s and Alzheimer’s disease have different causative factors, but they share common themes – such as aggregation of misfolded proteins – and a unifying endpoint, the degenerative loss of neurons,” Dimitri Krainc, MD, PhD, of the MassGeneral Institute for Neurodegenerative Disease (MGH-MIND), the study’s senior author, was quoted as saying. “Pharmacological targeting of Sirt1 may provide an opportunity for therapeutic development in HD and, more generally, in the neurodegenerative disorders of aging.”

HD is an inherited disorder caused by a mutation in the gene for a protein called huntingtin. Deposits of the abnormal protein accumulate within the brain, causing destruction of brain cells. Symptoms of HD usually first appear in the middle years and worsen over the 10- to 30-year course of the disorder, leading to death from a variety of complications. Sirt1 is an important regulator of the activity of proteins involved in many critical functions –  including energy metabolism, inflammation and stress tolerance –  and recent studies have suggested it protects against the effects of several neurodegenerative diseases.

In experiments with a mouse model of HD, the researchers first showed that knocking out Sirt1 expression in the brain accelerated the appearance of HD-like pathology –  such as aggregates of mutant huntingtin and increased cell damage in key areas of the brain. In contrast, a strain of HD mice in which Sirt1 was overexpressed lived longer, with significantly less neurodegeneration and huntingtin aggregation, than did HD mice in which Sirt1 expression was unaltered. Cellular experiments showed that Sirt1 overexpression directly protects neurons from the toxic effect of mutant huntingtin.

The MGH-MIND team also discovered a new target for Sirt1 activity in TORC1, a brain protein known to regulate several important neuronal genes, and found that the presence of mutant huntingtin interferes with the interaction between Sirt1 and TORC1, reducing expression of the regulated genes. In the same issue of Nature Medicine, a research team based at Johns Hopkins School of Medicine reports similar neuroprotective effects for Sirt1. Co-authored by members of Krainc’s team, the Hopkins study demonstrated that mutant huntingtin inhibits the activity of Sirt1, leading to deregulation of multiple Sirt1 targets, in two additional HD mouse models.

Possible New Huntington’s Disease Treatment
Stanford University Medical Center researchers have discovered a potential treatment for Huntington’s disease. By enhancing the brain’s natural protective response to the disease, researchers were able to alleviate the uncontrollable tremors and prolong the lives of mice with a neurological disorder that mimics Huntington’s. Their finding suggests that a similar treatment strategy may be effective in humans.

“This is exciting because it has implications for therapy,” said Lawrence Steinman, MD, professor of neurological sciences and pediatrics and senior author of the study, published in the February issue of Nature Medicine.

Huntington’s disease is a hereditary disorder characterized by memory loss, abnormal movement and premature death. It affects 1 in 10,000 people, and children with an affected parent have a 50 percent chance of developing the disease.

An abnormal form of the gene called huntingtin is at the root of the problem. In healthy individuals, the huntingtin gene encodes a protein with 6 to 34 glutamine molecules – one of the essential building blocks of proteins – at one end. When the number of glutamine molecules at the end of the protein exceeds 36, Huntington’s disease results. But the normal gene function remains a mystery.

According to earlier research, the brains of Huntington’s patients become clogged with clumps of protein called aggregates. The aggregates are made up of the abnormal huntingtin proteins hooked together. The aggregations are formed by the action of an enzyme called transglutaminase and by the tendency of these proteins to stick together.

“Development of therapeutic agents for neurodegenerative diseases requires an in-depth understanding of the mechanisms that link the underlying biology with the resulting neuronal dysfunction,” Krainc, an associate professor of Neurology at Harvard Medical School, was quoted as saying. “Developing and testing Sirt1 activators that protect against disorders like HD will require accurate information on Sirt1 activity in the normal and diseased brain. We hope our studies can contribute valuable data to that effort, which will require collaborations with NIH, with industry and with foundations such as the Cure Huntington’s Disease Initiative, one of the supporters of this study.” 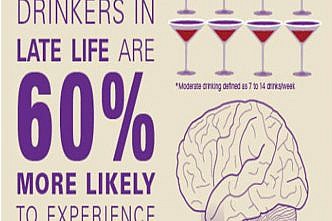