A protein that stimulates the brain to awaken from sleep may be a target for preventing Alzheimer’s disease, a study by researchers at Washington University School of Medicine in St. Louis suggests.

In recent years, scientists at Washington University have established links between sleep problems and Alzheimer’s. For example, they have shown in people and in mice that sleep loss contributes to the growth of brain plaques characteristic of Alzheimer’s, and increases the risk of dementia.

The new research, in mice, demonstrates that eliminating that protein – called orexin – made mice sleep for longer periods of time and strongly slowed the production of brain plaques.

“This indicates we should be looking hard at orexin as a potential target for preventing Alzheimer’s disease,” said senior author David M. Holtzman, MD, head of the Department of Neurology. “Blocking orexin to increase sleep in patients with sleep abnormalities, or perhaps even to improve sleep efficiency in healthy people, may be a way to reduce the risk of Alzheimer’s. This is important to explore further.”

The research appears Nov. 24 in The Journal of Experimental Medicine.

Brain plaques, which are mostly made of a protein called amyloid beta, accumulate in the brain before the onset of Alzheimer’s symptoms such as memory loss, personality changes and disorientation. These plaques continue to collect as the disease progresses. Scientists think that slowing or stopping this buildup could slow or stop the disease.

In the current study, the researchers worked with mice genetically engineered to develop a buildup of amyloid in the brain, which is characteristic of Alzheimer’s disease. When the researchers bred these mice with mice lacking the gene for orexin, their offspring slept longer and developed only half as many Alzheimer’s plaques, compared with the mice that had the orexin protein.

Orexin is made by cells in the brain’s hypothalamus that stimulate wakefulness.

“These cells have branches that carry orexin throughout the brain, and the protein acts like a switch,” said Holtzman, the Andrew B. and Gretchen P. Jones Professor of Neurology. “If you stimulate orexin production in sleeping mice, they wake up immediately.”

Low orexin levels are associated with narcolepsy, a condition marked by excessive sleepiness and frequent daytime sleeping spells. The mice with no orexin typically slept an extra hour or more during the 12-hour period when mice with orexin became more active.

When scientists reversed the experiment and artificially increased orexin levels throughout the brain, the mice stayed awake longer and developed more Alzheimer’s-like plaques.

But if the researchers changed orexin levels only in part of the brain – a change that did not affect the amount of time mice slept – plaque levels were unaffected.

“The fact that orexin can only affect plaques when it also affects sleep means we will have to think carefully about how to target it for Alzheimer’s prevention,” Holtzman said. “But the declines in plaque levels that we saw in the mice were very strong, so we’re still very interested in exploring its potential for reducing risk.”

He and his colleagues, including first author Jee Hoon Roh, MD, PhD, currently are studying the effects of sleep medications on amyloid beta production and plaque accumulation. The FDA recently approved Belsomra, the first sleep medication that affects orexin, and the researchers hope to assess it or similar drugs in the future.

This work was supported by the American Academy of Neurology Clinical Research Training Fellowship; the Basic Science Research Program through the National Research Foundation of Korea (NRF) funded by the Ministry of Science, ICT and Future Planning (MSIP), 2013R1A1A1012925; an NRF MRC grant funded by the Korean government (MSIP), 2008-0062286; the Korea Institute of Science and Technology Institutional Program, 2E24242-13-110; grants 2014-0783, 2014-7203 and 2014-9077 from the Asan Institute for Life Sciences; an Ellison Medical Foundation Senior Scholar Award; the National Institutes of Health (NIH), P01NS074969, R01NS090934 and P30NS057105; the JPB Foundation; and the Cure Alzheimer’s Fund. 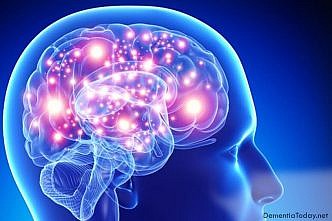